A pair of large-scale mural art installation, approximately 150m height and 35m in width, will appear on the glass wall of Marunouchi Building and New Marunouchi Building which are known as a landmark of Marunouchi, Tokyo. The wall art with total area of more than 7,000㎡, one of the largest of its kind in the world, would become a cultural monument unique to its period and area.

The Concept of this Project

The concept of this project is “Universe COSMO POWER”. Innumerable entities make up the vast universe and continue to grow endlessly.

The activity of minute life forms become energy by connecting and gathering together creating a swell that continues to grow into the future.

This project contains the desire to transmit this energy, this big swell of universe life forms, from Tokyo to the world and to the future.

Based on this concept, we asked Tadanori and Mimi to create original works with themes of water (aqua) and fire (ignis) as they are the elements which form the basis of space-life.

While this project was originally planned to be held in summer 2020, due to the spread of COVID-19, it was postponed for a year.

Discussions continued to be held with Tadanori and Mimi after the postponement decision was made.

A theme suitable for summer 2021 that embraced the energy that transcends from Tokyo to the world and from the present to the future was chosen.

Through the works of the two artists expressing themes in a pair, like the mural drawn in ancient times that transcend time and the places they were made and bring discoveries and imagination to the present day, it is hoped that this instillation can send a message which transcends nationality and time itself.

Also, as the art works can be view from various vantage points from higher or lower as well as left and right of center across the massive 7000㎡+ surface areas, the artists have adopted a method that allows you to find different discoveries depending on where you look from.

* Program contents are subject to change. 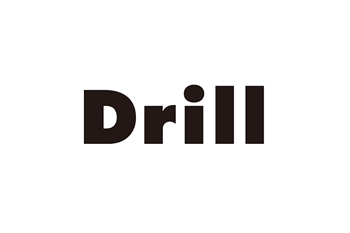 A creative and communication agency that solves client challenges in the most dramatic way possible. The most dramatic way is the most innovative method which produces new value in the world. We provide strategy, advertisement, promotion, contents, products, digital, events, PR and various other solutions.