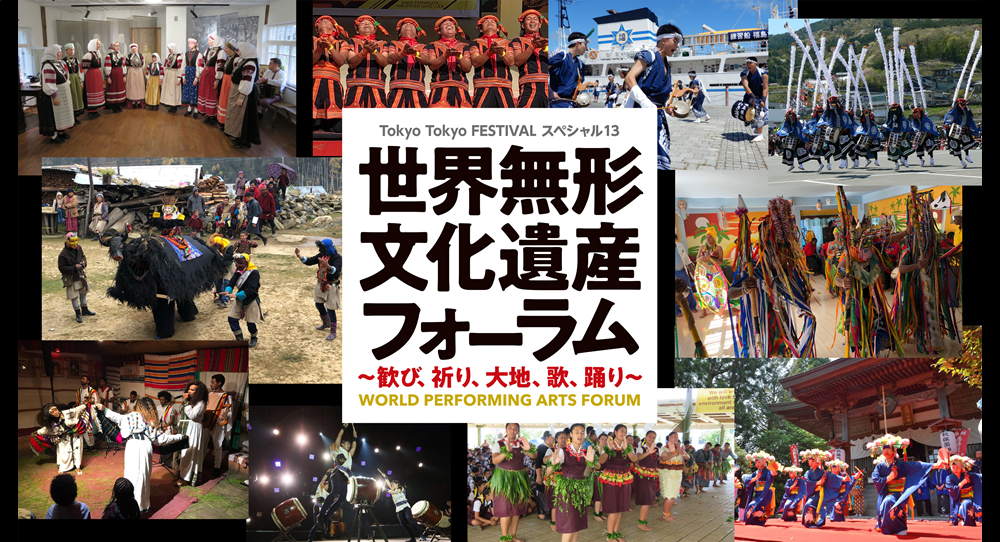 The Forum will feature explanations (including video footage) of various valuable intangible cultural heritage properties passed down in five continents around the world, based on research conducted in each of the respective countries, as well as live performance from three prefectures in the Tohoku region to support the reconstruction following the 2011 earthquake and tsunami, and a taiko performance from Tokyo. We have invited guests who possess a deep knowledge of traditional performing arts and related matters, and they will discuss the importance and beauty of intangible cultural heritage that are deeply rooted in the local culture of each society.
*A part of the program has been changed due to the state of emergency declaration.

Research Report: Song and Dance to Connect and Bring Together the World,
Throughout All Ages: The Arts of Six Countries on Five Continents

*A part of the program has been changed due to the state of emergency declaration.

Talk Session: Performing Arts Combine “Joy” and “Prayer”
—Our Encounter with the World's Song and Dance

* The name of this project has been changed from World Performing Arts Festival 2020.

Various folk entertainments passed down through the generations in each part of Japan are important cultural assets of which we should be proud and which belong to each and every one of us. The Japan Folk Performing Arts Association is the only nationwide organization of its kind, whose membership consists both of groups dedicated to preserving folk entertainments and individuals with an interest in those forms of performing art. The Association seeks to preserve and promote folk performing arts in local communities across the country by holding folk entertainment performances, cultivating instructors and preservation groups, and engaging in international exchange. As such, it will undertake a project aimed at contributing to the promotion and development of Japanese culture.